Road deaths in France occur much more outside cities than with our European neighbours.

While the European average share of road deaths on roads outside built-up areas (excluding motorways, but including dual carriageways) is 50.8% in 2015, this share is 56% to 58% for the United Kingdom, Germany and Spain, 47.3% for Italy, but 62.8% for France.

Fatalities on single carriageways outside built-up areas by county (over the 5 years 2012-2016): 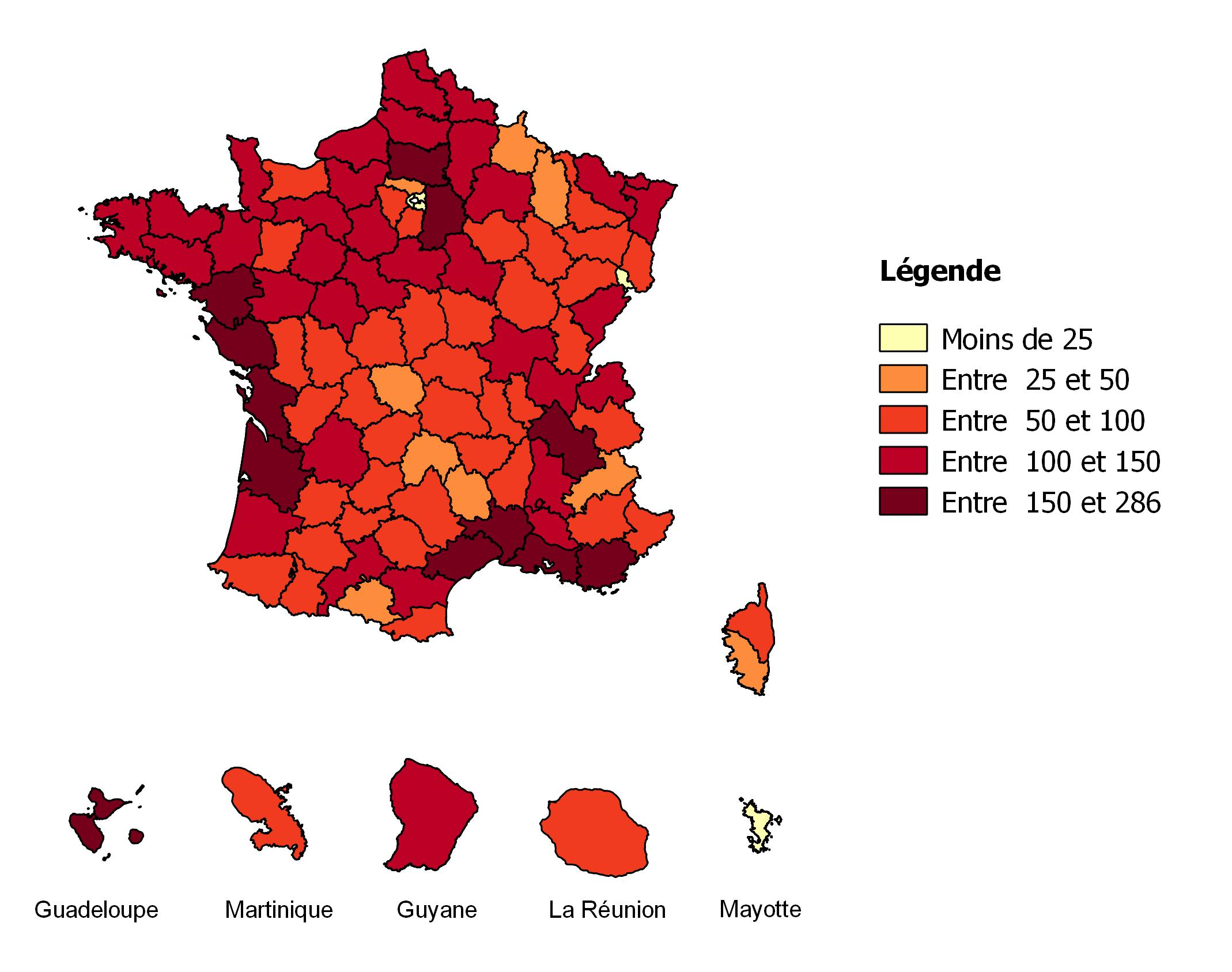 Over the period 2012-2016, 9,579 people (an average of 1,916 people per year) lost their lives in an accident on single carriageways outside built-up areas in France mainland . They represent 56% of the total number of fatalities over these five years. Except for Paris and its closest surrounding area, the county of the Territory of Belfort and Mayotte, all counties recorded more than 25 deaths over 5 years, and up to 286 in the Bouches du Rhône (Red Map). Logically enough, the more populated the county, the higher the number of deaths. Counties in which the number of people killed on single carriageways outside built-up areas is the highest are counties with major urban areas (Bouches-du-Rhône, Gironde, Loire-Atlantique, Isère) but also Mediterranean counties (Hérault, Var). These are counties with a high mortality rate across all networks.

In most French counties, deaths on single carriageways outside built-up areas represent more than half of the county road deaths.

The more the terrain is hilly, the more mortality is concentrated on the main network, where driving is easy. 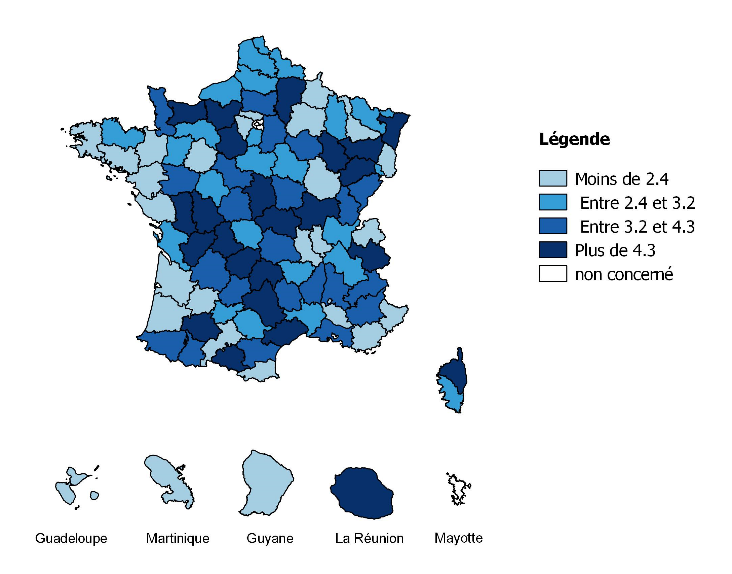 The Blue Map shows for each county the ratio between the proportion of deaths occurring on the main network (RN + RD category 1, as defined by each county council) and the share that this main network represents among all the RN and RD of the county. Thus in most counties, the structuring network contributes to mortality at least twice as much as its linear value, and sometimes more than 4 times as much in rural or even mountainous counties where only the main network in the valley makes it possible to drive fast.