On average per year between 2017 and 2021, the number of people killed per department varies in a ratio of 1 to 19 (5 in Lozère and 102 in Bouches-du-Rhône), with an average for metropolitan France of 32 and a median of 29. For 37 departments, the number of deaths is between 15 and 30. Among the extreme values, 12 départements have a mortality of less than 15 people killed (sparsely populated departments). On the other hand, 24 departments recorded more than 40 people killed; these are departments with a strong urban component. One third of the departments account for half of the total number of fatalities. 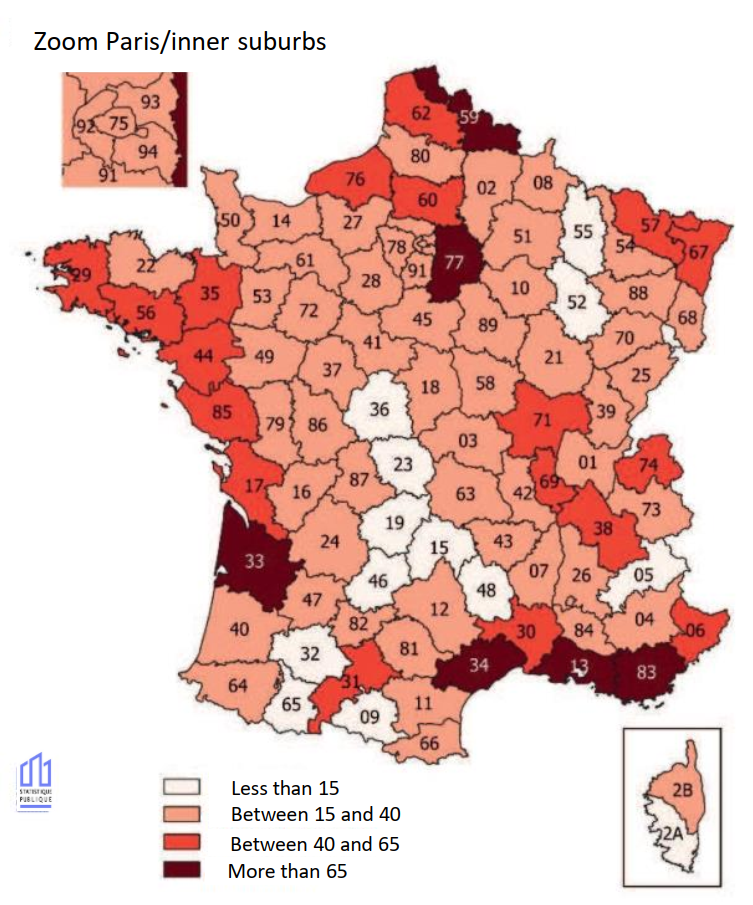 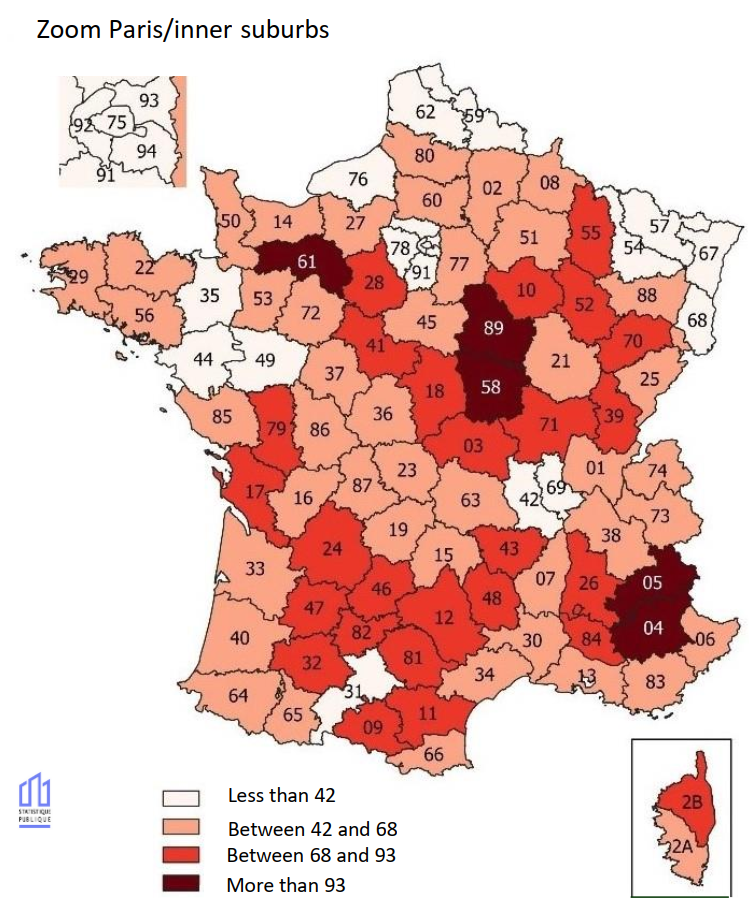 Types of accidents in the departements.

While pedestrians account for 15% of all deaths in France mainland, their share exceeds one third. 15% in mainland France, it is more than a third in Val-de-Marne, Seine-Saint-Denis and Paris. It is below 10% in 33 departments.

A quarter of the cyclists killed are concentrated in 10 departements.

17% of those killed are aged between 18 and 24 and for 15 departments, this rate is higher than 20%, mainly in the southern half of France.