In the overseas counties, 189 people were killed.

In the French Overseas communities and New Caledonia, 97 people were killed.

The purpose of the 2012 road safety report is to raise awareness of accidents and to understand their components, in particular through thematic and cross-sectoral analyses. It is also a question of highlighting the major challenges of road safety.

The 2012 accident report has been completely revisited to make it easier to read and understand road safety issues. It is designed for a specialist or non-specialist audience. Road mortality in relation to traffic reflects the gradual progress made over the last forty years with periods of stagnation and a sharp reduction in road risk. Road deaths peaked in 1972, when the interministerial road safety committee was set up, at 16,545 deaths recorded six days after the accident, or more than 18,000 deaths at 30 days (mainland France).

In mainland France in 2012, the figure was 3,842 people killed at 30 days (-7.9% compared to 2010), or 59 people killed per million inhabitants. The challenge of falling below the threshold of 2,000 people killed on the roads by 2020 requires that we continue to fight the main accident factors of excessive speed and alcohol or drug consumption and reduce the excess mortality of young adults drivers and motorcyclists.

Observation of accidents is essential to understand mechanisms and propose appropriate actions. The ONISR has had its statistics labelled by the French Official Statistics Authority. It provides road safety professionals and the general public with a large amount of data on its website and on the public data platform. 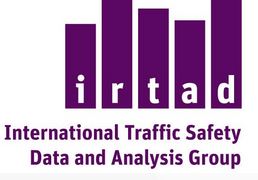